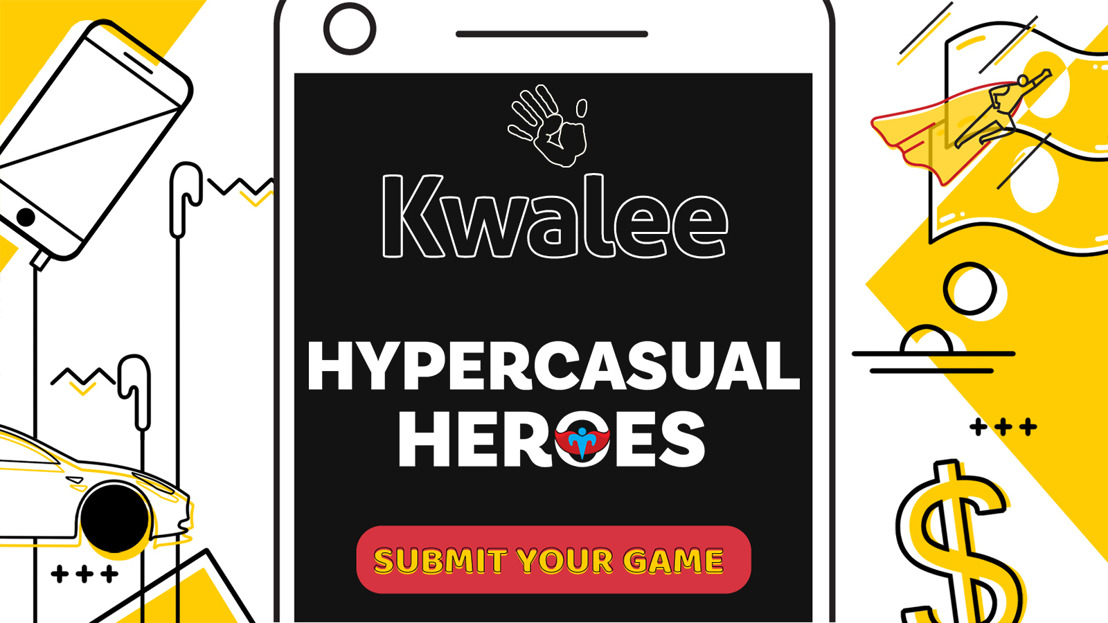 Kwalee, a world-leading developer and publisher of hypercasual mobile games, has launched ‘Hypercasual Heroes’ to reward independent game developers making compelling and original mobile titles with up to $100,000 in advances and a publishing deal including substantial uncapped profit share. There is even a Tesla Model 3 up for grabs for the first dev to pass the challenge!

With the limited-time challenge open for submissions until 31st August 2021, Kwalee is particularly looking for mobile games that feature new gameplay mechanics or ingenious twists on existing ones. This is in-keeping with Kwalee’s DNA, with many key figures at the company – including CEO David Darling and COO Jason Falcus – having begun their game development careers independently as teenagers and remaining passionate about the new strides being taken by independent developers worldwide.

Chosen games will be decided based on their performance in initial testing, which can bag the developer nearly $40,000 before the game is even launched worldwide. The developers of these games will be known as Hypercasual Heroes, ultimately getting Kwalee’s considerable support and marketing efforts to launch globally! Post-launch milestones can increase the bonuses for a single game to up to $100,000 – alongside a brand new Tesla Model 3 car for the developer whose game races to the finish line quickest.*

All this is before the lucrative profit share payments that come along with the publishing deal are even taken into account, so true Hypercasual Heroes are eligible to earn much, much more through uncapped royalties!

Kwalee’s trusted attribution partner, Tenjin, will also be awarding access to its services worth up to $7,000 for every developer that is successful across certain stages of the challenge – more details of which can be found here.

Kwalee has always sought to set trends rather than following them, a philosophy that comes directly from CEO David Darling. Darling exemplified this quality by being the joint-inventor of Game Genie during Darling’s time at Codemasters, a series of transformative devices that allowed players to modify their console gaming experiences in hitherto impossible ways and sold around $140 million at retail.

It’s also an attitude that has served Kwalee well on its journey to becoming one of the world’s foremost hypercasual game publishers, with more than 650 million downloads. Having developed original titles featuring everything from blacksmithing and baking to police sketch artistry and frantic shopping, Kwalee is encouraging developers to think similarly out of the box to come up with zany ideas that will appeal instantly to millions of players.

Hypercasual games are titles which can be played in short bursts and have incredibly broad appeal, not just among traditional ‘gamers’, so hitting upon that combination of gameplay and visuals to entice all kinds of players will be the key for developers to become bonafide Hypercasual Heroes.

“One of the most satisfying aspects of hypercasual game development is that such a great variety of themes and gameplay styles can make for global hits with millions of players,” said Kwalee CEO David Darling. “We’re always looking to develop titles that are completely unlike what’s been seen before and now we’re investing heavily in encouraging other developers to do the same with Hypercasual Heroes. We don’t even need to see a full game – just a video or a few levels can be enough to see a game’s potential!”

Kwalee’s Hypercasual Heroes is open until 31st August 2021. Full information on how to submit a game and potentially earn the aforementioned awards can be found on our website: https://kwalee.com/blog/inside-kwalee/introducing-hypercasual-heroes

The trademarks TESLA and MODEL 3 are owned by Tesla, Inc. The Challenge is not sponsored, endorsed, administered by, or associated with Tesla, Inc. Tesla Model 3 awarded will be purchased by Kwalee and transferred to developer.

Tenjin is a 'go-to' platform for hypercasual developers who want to measure the effectiveness of their advertising.

Dashboard sign-up and a basic set of features, including install attribution, are available in Tenjin for free.

Thanks to flexible 'pay as you grow' pricing model and set of powerful tools, numerous hypercasual developers worldwide are using Tenjin for advertising analytics.