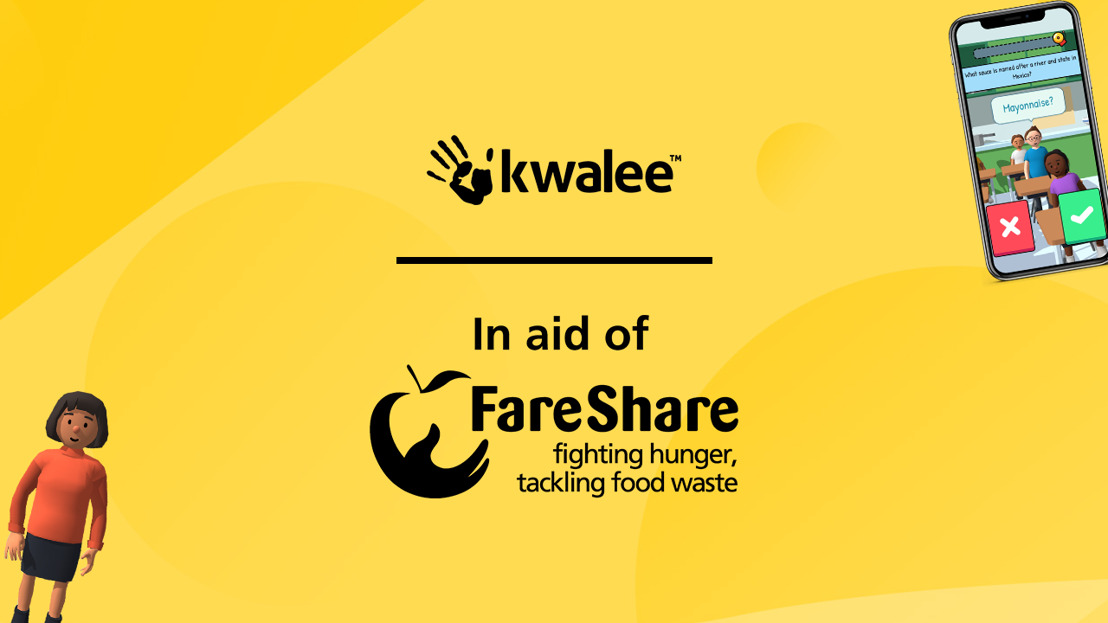 UPDATE - 18TH JANUARY 2021: Kwalee is delighted to announce that Teacher Simulator raised nearly $4,000 (approximately £3,000) for FareShare throughout the first week of the school term thanks to a great response from players and supporters.

On the week ending 10th of January, the first week back to schoolwork for Britain's kids as the latest lockdown restricts them to remote learning, every penny of UK profit generated from video ads and in-app purchases in the free-to-play mobile game Teacher Simulator will fund FareShare’s amazing work to combat food poverty in the UK.

This move was inspired by the campaigning of Marcus Rashford MBE, who is an Ambassador for FareShare, on the issue of free school meals. With Teacher Simulator riding high in the mobile game charts, offering lighthearted gameplay in a classroom setting, this felt like the perfect opportunity for Kwalee to contribute to the cause.

Launched towards the end of 2020 on iOS and Android devices, Teacher Simulator is completely free to download and has already reached more than 6.5 million players worldwide, becoming a top-3 game on the Apple App Store in the UK and US. On the UK Google Play Store, Teacher Simulator has gone one further by ranking at #2 in the Games category. This highlights how much the game resonated with the mobile gaming public, at a time when real-life classrooms have been closed in many parts of the world.

“Teacher Simulator was partly inspired by our own experiences at school, from the mundane to the bizarre,” commented Simon Platt, Head of Development at Kwalee. “These were largely fond memories for us, fortunately, but no child should have to worry about where their next meal is coming from when they should be learning and playing, whether in or out of the classroom.”

David Darling CBE, CEO of Kwalee, added: “We’re huge admirers of Marcus Rashford’s campaigning and strongly believe in the work done by FareShare. Now more than ever, as the country enters another testing lockdown, no child should have to go hungry. With Teacher Simulator having been such a success for its cheerful depiction of school life, we want to do our bit to support those for whom that is not necessarily the reality – especially with the added strain of remote schooling on kids and families.”

Darling – co-founder and former CEO of Codemasters, a company recently the subject of a $1.2 billion acquisition by gaming giant EA – has been making games professionally since he was a teenager. He was awarded a CBE in 2008 for services to the computer games industry and was more recently given the ‘Outstanding Leadership Award’ at the 2020 TIGA Awards.

He now runs Kwalee, which has recently surpassed 100 employees and recorded well over half a billion game downloads across its catalogue. Officially Britain’s biggest developer and publisher of hyper-casual mobile games – yet another success story to emerge from Leamington Spa, the town known widely as 'Silicon Spa' for its thriving games industry – Kwalee has been a prominent supporter of charities in the past, most notably of the gaming accessibility charity SpecialEffect.

FareShare has welcomed the support as it continues its appeal for donations. “After a year where understanding the importance of school-aged children receiving nutritious food has come under the spotlight, we are extremely grateful to Kwalee for donating 100% of UK profits from their Teacher Simulator game as children return to remote schooling,” said FareShare Commercial Director Alyson Walsh. “FareShare's work with Breakfast, After School and Holiday Clubs each year help vulnerable children access the food they need to learn, grow and thrive."

To learn more about the great work done by FareShare and to find details on how to donate directly, you’re encouraged to check out their website.

Kwalee is always looking for new developers to collaborate with and new games to publish, and developers can find out more information here: ​ There are also more than 50 vacancies available at Kwalee across the UK, India, China and even remote opportunities, which you can learn more about here.

Teacher Simulator is available on the following platforms:

FareShare is the UK’s largest food redistribution charity, redistributing surplus food from the food industry through a network of 11,000 frontline organisations across the UK. FareShare provides enough food to create over a million meals for vulnerable people every week.